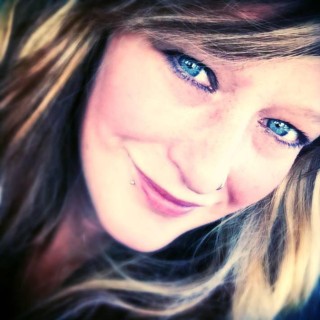 “I know you don’t want to hear this…”
Genetics Counselor Carrie starts it off like that… knowing I am the type who would rather have 50 genes mutated and destroyed than tell me I tested negative for DRD or (DYT5) and 13 other dystonia gene mutations.
Genetics people, scientists and researchers are SO different to talk to than doctors.
She said over and over that they firmly believe my mother and I have a form of Dopa Responsive Dystonia but they just don’t have enough genes and markers to do the testing yet. She reminded me that genetic testing for dystonia only became available at all in the last decade and that there are 50-75 genes they “sort of” know exist for dystonia but a test of 14 is just not accurate enough for specific mutations.
She wanted me to know it doesn’t change my diagnosis, it doesn’t change anything. She “blamed” science and difficulty of the process,
and she apologized to ME… I told her that Drs do not think like scientists or geneticists, they really don’t think all that much other than their own SUBjective opinions and the fact they must put something on paper.
I told her a negative test would immediately be “judged and sentenced” before knowing genetic testing is barely 40% accurate.
She said for us to keep in touch every 3 YEARS when they may have some new genes to test and to always keep track of trials where scientists are trying to locate new dystonia genes, that my mom and I are perfect candidates.
I have no doubt my mother and I have genetic dystonia.
Her dystonia made a big appearance in the hospital because of her broken leg and finally got it in her records to be treated for dystonia properly too.
I am not telling anyone yet.
Ok. I just told an entire group of people, but I’m not telling my neurologist yet. I have to think about all this a little longer. She is mailing the results just to me.
Carrie said she would be happy to write a letter to my neurologist letting him know this in NO way changes my diagnosis, treatment, medications for DRD, etc., and I really appreciated that offer.
I don’t need an “I told you so” or ANY even HINT of that thought or I might be sued and taken to a prison for angry semi-blind female patients with dystonia, wearing a sling, on and off twisted legs, giant traps and a giant belly if I eat a bean or onion because no one can figure out what to do with my shoulder, eyeballs,
poop and other body parts and problems that can most assuredly lead to insanity.
I studied too hard and have way too much “evidence” accrued to believe that this FIRST test is the end all final anything or that I don’t have dystonia. I sure damn do and it sucks like no one’s business.
We may be DYT46 … When that is available to be found…
I know I’m a mutated number… Somewhere in our DNA/RNA/protein/hormone (epi)genetic soup bodies.
Sigh.
Time to take my meds.
I’m upset but not as much as I thought I’d be.
I still know in all my brain and heart we suffer from one of the most complex disorders of many and one day science will catch up to our daily lives. Science isn’t dumb, it’s not even about how much money they have for research. It’s just BIG, COMPLEX and the variables are too many for this part in our lifetime.
At one point the earth was flat.

(Actually, NOW there’s a whole new theory on this…I won’t go there this post. It messes up my last line….)
Things change.